Prior to starting this portal I have worked in the gambling industry for nearly ten years, and I can’t count how many times I have heard the comparison between gambling, tobacco and alcohol.

The tendency to compare these industries comes from the studies of addicted individuals, as they show an undeniable correlation between gambling addiction and alcohol, tobacco or even drug addictions.

But does this comparison tell us everything, when it is based on a fraction of all consumers? Would you consider pop-corn and coke to be alike, just after observing consuming habits of theater goers? What about people who watch movies on Netflix or satellite tv? Changing the sample, perhaps you would find a correlation between pizza and beer instead.

So I decided to dig a little deeper and analyse other objective characteristics of these industries.

Let’s have a look at the following tables:

Do you see some differences now? I was actually surprised about the findings of some simple Google searches. Below I will try to share my thoughts and biggest takeaways.

Analysing the most direct consequences of use and abuse of the three products, we can clearly say that gambling impacts your wallet, while smoking and drinking damage your body.

Obviously a person’s health is not only physical but also mental. And the abuse of all three products will influence also the mental condition, to the point that it may lead to committing crimes, an increased use of violence, etc.

Another thing that struck me is the social perception and the marketing compliance framework of the three industries. The social perception may vary based on different cultures, but generally speaking we can say that we have come to accept all three products. What is very interesting though, is the dissimilar degrees of marketing freedom these industries have.

Tobacco is the leading cause of preventable death worldwide, and advertisement has been mostly banned now. But it wasn’t the case until a decade or so ago. Who doesn’t remember the Ferrari F1 race car branded with a popular cigarette brand? Not to mention Hollywood‘s influence on smoking habits. Now fortunately things have changed; promoting cigarettes has become mostly illegal, and within the EU and many other countries cigarette packs feature big warning messages with photos of diseases.

Gambling is going through a phase of changes, and not all countries have come to terms with them yet. Historically, gambling has always been compartmentalised; to gamble you had to go to Casinos often outside the city limits, or in dedicated betting shops. But the Internet changed everything, and now you can play Blackjack or place a bet with just a few clicks. Online gambling is not regulated everywhere yet, and while advertising is allowed in many countries, many others are restricting or banning it altogether.

Alcohol is also among the top preventable causes of death, but marketing wise it is a whole different story. Alcohol companies have mastered the use of Corporate Social Responsibility to facilitate their underlying interest. As matter of fact, many researches blame alcohol companies to use CSR to pursue a specific business interest: shifting the blame of alcohol impact on public health from companies to consumers. And they succeeded greatly. With few exceptions, nowadays alcohol advertising is mostly allowed worldwide, and it’s not uncommon to see music festivals and sport events sponsored by alcohol companies.

Another clear difference among the three industries is the addiction rate. The typical definition of addiction is the inability to stop consuming a chemical, drug, activity, or substance, even though you may be aware of their negative consequences.

If we consider the USA, over 15% of the adult population smokes cigarettes – and nicotine is so addictive that only 6% of smokers is able to quit in a given year. Nearly 13% of adult consume enough alcohol to be considered alcoholics. Compared to tobacco and alcohol, gambling addiction is dwarfed at 3 to 5% of the US adult population, depending on the State.

What also needs to be noted though, is that only 1-5% of gambling addicted seek treatment, while awareness is greater among smokers (60% of them declare the wish to stop) and drinkers (15% to 25% of alcoholics seek help).

Another major aspect that needs to be considered for these three industries is the impact on society. Tab 2.0 above is specifically dedicated to this matter, comparing Tax Revenues and Social Costs using actual data that can be found online. While here we look only at UK and USA, it is important to specify that taxation can vary greatly between countries, and so can the cost of services such as healthcare.

What we can clearly see is that Gambling has a positive costs-benefits balance both in the USA and in the UK. As matter of fact, lotteries are often directly designed by States to raise tax money, and sponsored for their good cause (how the governments actually use those resources, and whether they really contribute to their cause, it’s a subject of debate).

On the other hand, Tobacco and Alcohol are a huge burden to State’s finances. The social costs greatly outweigh tax revenues, and some of the figures are nothing short of appalling.

So… is the comparison Fair for Gambling?

At this point I am wondering: why is the Gambling industry often compared to Tobacco and Alcohol in such a negative way? I have a few theories:

What do you think of this analysis? What are your biggest takeaways? I am curious to read your opinions.

1 thought on “Gambling vs Tobacco vs Alcohol: an objective comparison” 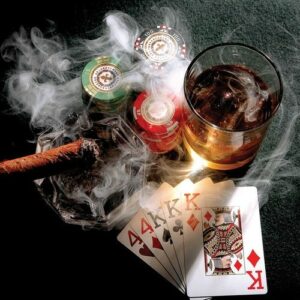 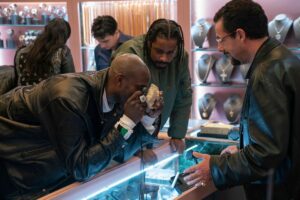 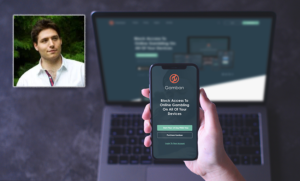 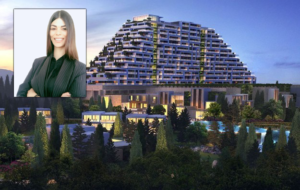